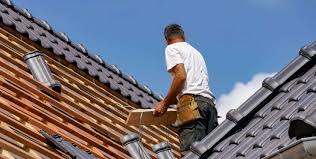 Concrete tiles are elegant and durable tiles, which strengthen your roof manifolds. Concrete tiles are resistant to strong winds, heavy rains, and fire. Moreover, it has a lifespan of over 50 years. As far as maintenance is concerned, then one thing is certain, it definitely won’t burn a hole in your pocket. If you want to know if installing concrete roof tiles is a good idea, then you should know how to maintain them:

Inspection – You should have your roof inspected by professionals because they are trained to detect from major to minor issues along with fixing those appropriately.

Cleaning – While cleaning concrete roof tiles may not be as tough to clean compared to a wooden roof, but you still have to get rid of moss or algae. The cleaning can be done with the help of a low-pressure washer, but you still want to hire a professional roofer for the task.

Remove Debris – If your gutters are clogged due to dirt, debris, and other rubbish, then it can lead to water build-up and leaks. Hire a roofer to clean the gutters and trim tree branches hanging over the roofs.

Repair – You need to repair or replace all the broken and missing tiles to prevent water from damaging the roof itself. This will also save you from the expensive cost of roof revamping.